And how much worth is an image with words added to it? Let's explore!

What role do images play in today's digital world?

Images are a great way to grab attention, because we connect with images emotionally and we are drawn to them immediately. They convey a lot of emotions, messages in a very small space. The human brain is more accustomed to processing images as most of the information sent to it is visual in real world.

In fact, the brain processes images 60,000 times faster than it does text. As today's world is all about fast information consumption, we see tons of them floating all over the web.

In a day, while browsing the internet or scrolling through our news feed or on social media, how much time do you actually spend in reading text as compared to consuming visual content? Images, videos, gifs.

Let's take a look back on how we reached here

The era of Photographs:

The two images that you see here, a picture of the Roman Colosseum:  this was when the world explored photography, 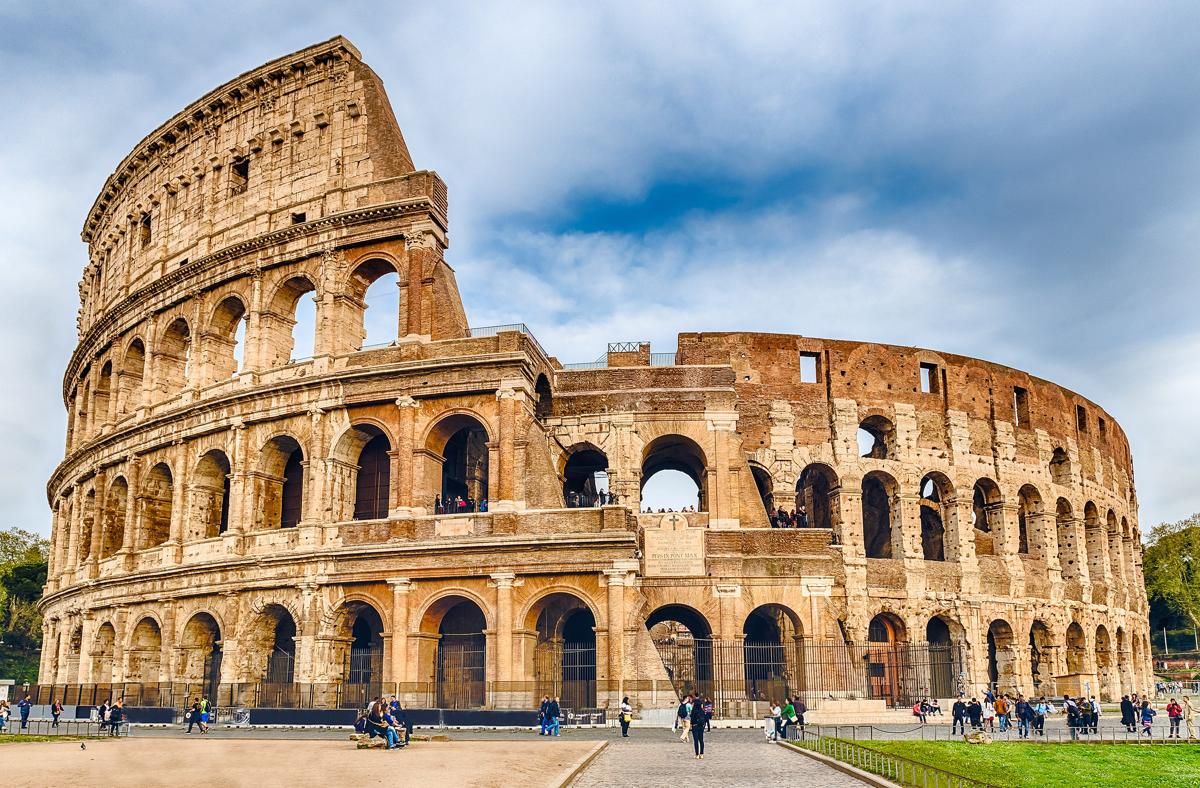 And an image of a misty lake, when people started creating digital art

We explored all sort of frames and compositions in photography and digital art, used them as wallpapers, posters, and obviously just to save our memories.

The era of Images with text

Then we thought why not combine "a thousand words" (a picture), with some more words and make it convey even more, and grab more attention.

Graphic Design: As the definition goes, the art or skill of combining text and pictures in advertisements, magazines, or books. Just adding a quote on a relevant background, gives an image a new dimension and more context for the reader, oh no, the viewer.

Well designed graphics can accommodate so much information, still with the emphasis on a single theme and a message: for advertisements, social awareness campaigns, or a simple invitation card.

Images on the internet

We had already seen this visual impact in posters, print media, so we carried them on to our beloved web.

And talking about images with text online, this was the first picture ever uploaded on the web, posted by Tim Berners Lee (inventor of the World Wide Web) on behalf of a comedy band called Les Horribles Cernettes, 25 years ago. They advertised their band name with quite a good attention.

We never looked back after we saw what influence it can create. Initially, the internet was much more text than images, downloading and uploading images took quite a few minutes.

With time and other advancements, people created more such images: images that sent out a powerful message, campaign posters to get an emotional connect, infographics which made it less boring for people to read large chunks of data.

The result: Social media and websites are flooded with images. No wonder Instagram is booming over most other platforms, as it is very neatly focused on just one thing, Images. Videos and gifs come along with that, undoubtedly.

And we have lost the count of "Good Morning" messages and seasonal greetings that are circulated on WhatsApp. Over 20 billion of "images with text" messages sent in India are clogging the internet and breaking down servers.

Marketing, along with education and so many other segments has exploited images with text to get more and more eyeballs of the target audience.

We have evolved to Infographics

As the name says : Information with Graphics

With their eye-catching mix of images and data, the influence of infographics is really high.

In this whole sea of information, where the consumer's span of attention is so minute, these evolutions are all on the way to deliver crisp and easy to grasp information and in turn, grab attention.

We are also seeing a lot of gifs and videos made of just images with rolling text. Another way of communicating with the user in a clever and attention-seeking manner.

All of these have made lives easier with the information flow, flexibility and created an impact on people in various ways!

The transition from the first picture uploaded, to people creating tools to add text into a photograph/graphic, designing infographics filled worth a million words of information, we have come a long way!

The need to create these kinds of images, in turn, led to the creation of some amazing online tools. (For example: Picfont, Canva, Addtext )

An image with text has huge potential, but it can only reach so many people if the text is in only one language.

Amidst all the customization, personalization, and context-awareness that we are aiming for, we seem to miss one of the most important pieces: language.

Especially, advertisements have always tried to touch an emotional string, and language is undoubtedly a critical string when it comes to one's emotions and communication.

Along with the visual power of images, if we combine the richness of language, we can only imagine the multitudinous impact it will create.

“What can we unleash if every image was converted into hundreds of languages of the world?”

AI tools for video creation & editing are becoming increasingly popular in the industry as they offer a number of benefits over traditional methods. These AI creation tools use machine learning algorithms to analyze and process video footage, making it easier for editors and creators to sort through large amounts of

Artificial intelligence (A.I) is rapidly becoming one of the most transformative technologies for businesses of all sizes and industries. A.I can automate repetitive tasks, provide valuable insights and help companies to scale their operations quickly and efficiently. When it comes to scaling an online business, A.I can

To streamline the workflow mostly graphic designs, illustrations or websites developers rely upon drawings on which they can get there easily over the internet. However, on some occasions, you come to a point where the standard illustration that you get on the internet is just not enough. That’s when