What do you do when you get a well designed image ad or a brochure and you want it translated it in different languages?

Do you think of multilingual DTP? 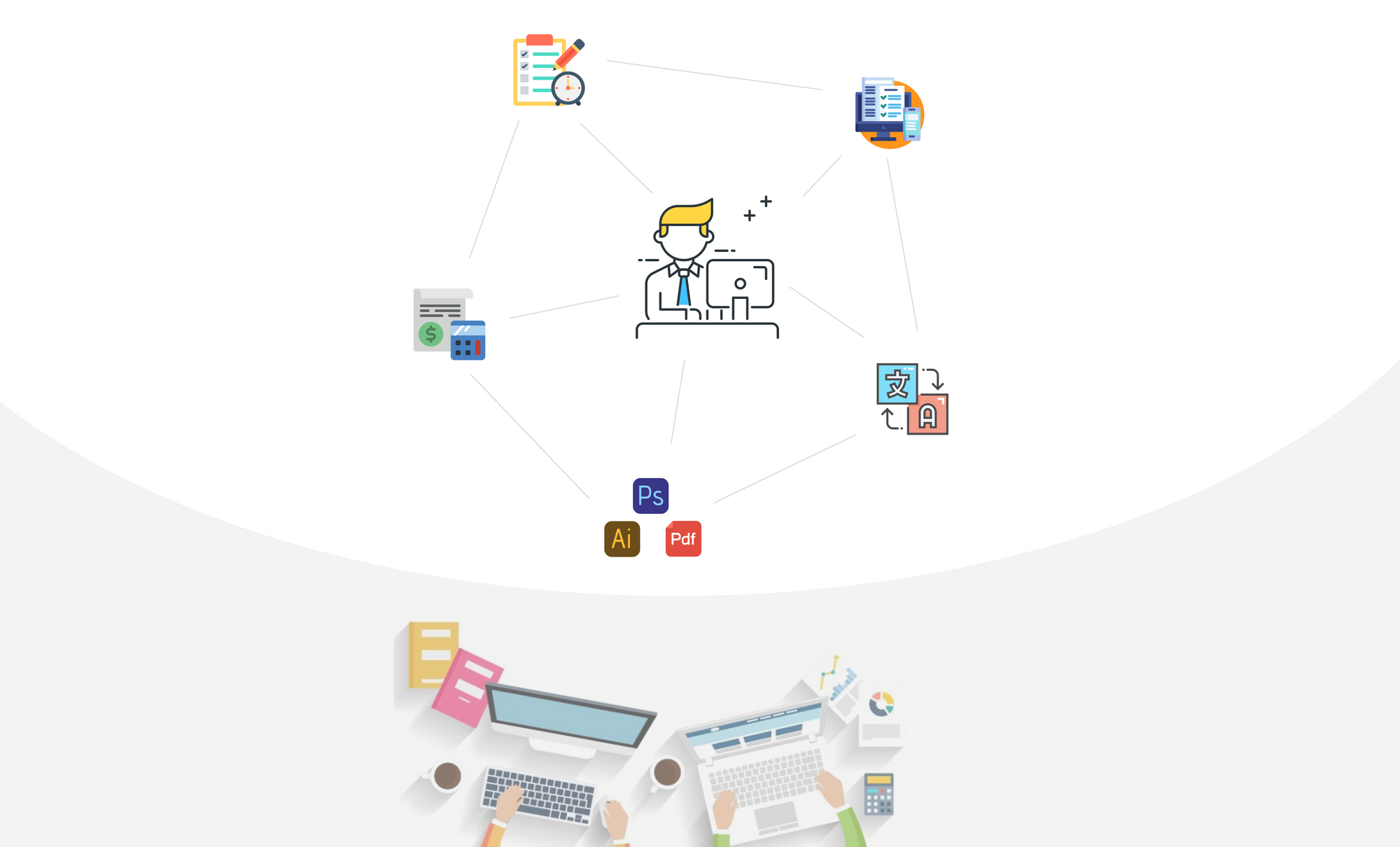 How much time is spent in:

It's time to bring some technological advancement to this age-old process. And No, I'm not saying Technology can do it all.

While NMT is doing it's magic in helping translators and saving a lot of their time, we understand that we can't do it without humans. Especially in the case of creatives, advertisements and presentations with fancy language.

So, what advancements are we bringing in here?

We want to take the load off the graphic designers of editing and re-creating images in different languages over and over again. We want to reduce the load on a translation project manager in an LSP who typically handles such requests and juggles between translators and designers.

While the world is still on a path to getting perfect translations for creative marketing lingo, we take one juggle off the project manager's hand. The designer's part.

Instead we replace it with an editor to indicate what text to translate and apply formatting for the final image to look as close to the source image. Leave the rest to our new graphic designer, the ImageTranslate tool. The text extraction, the erasing of source text, placing the translated text back in the correct font, style, position. You will never need design experts to re-create an image, brochure or a pdf in another language.

This is the advancement we bring in.

The process is much simpler and quicker. Merely a few mouse clicks and a human to check off on the translation. Check out these instructions to a simpler way to translate an image.

Like I said it's not all automated purely by AI, but intelligent guesses about text properties and image editing are taken care by trained networks. We aim to continuously improve our tech in the background by adding a lot more data and scenarios and make the final number of mouse clicks minimal in the future.

Translation is not what we are offering!

To reiterate, we don't touch translation. We only aid it with Google MT. And the verification is best done by competent translators or LSPs, basically humans.

Let's leverage the full potential of all those beautiful images, infographics and creatives hand-crafted by designers using their precious time by spreading them in various languages. Creativity is priceless, let's save some of their time to provide more artwork to the World. And let's not spend more time redoing the same tasks just to switch a language or replace the text. Let's leave that to machines.

AI tools for video creation & editing are becoming increasingly popular in the industry as they offer a number of benefits over traditional methods. These AI creation tools use machine learning algorithms to analyze and process video footage, making it easier for editors and creators to sort through large amounts of

Artificial intelligence (A.I) is rapidly becoming one of the most transformative technologies for businesses of all sizes and industries. A.I can automate repetitive tasks, provide valuable insights and help companies to scale their operations quickly and efficiently. When it comes to scaling an online business, A.I can

To streamline the workflow mostly graphic designs, illustrations or websites developers rely upon drawings on which they can get there easily over the internet. However, on some occasions, you come to a point where the standard illustration that you get on the internet is just not enough. That’s when